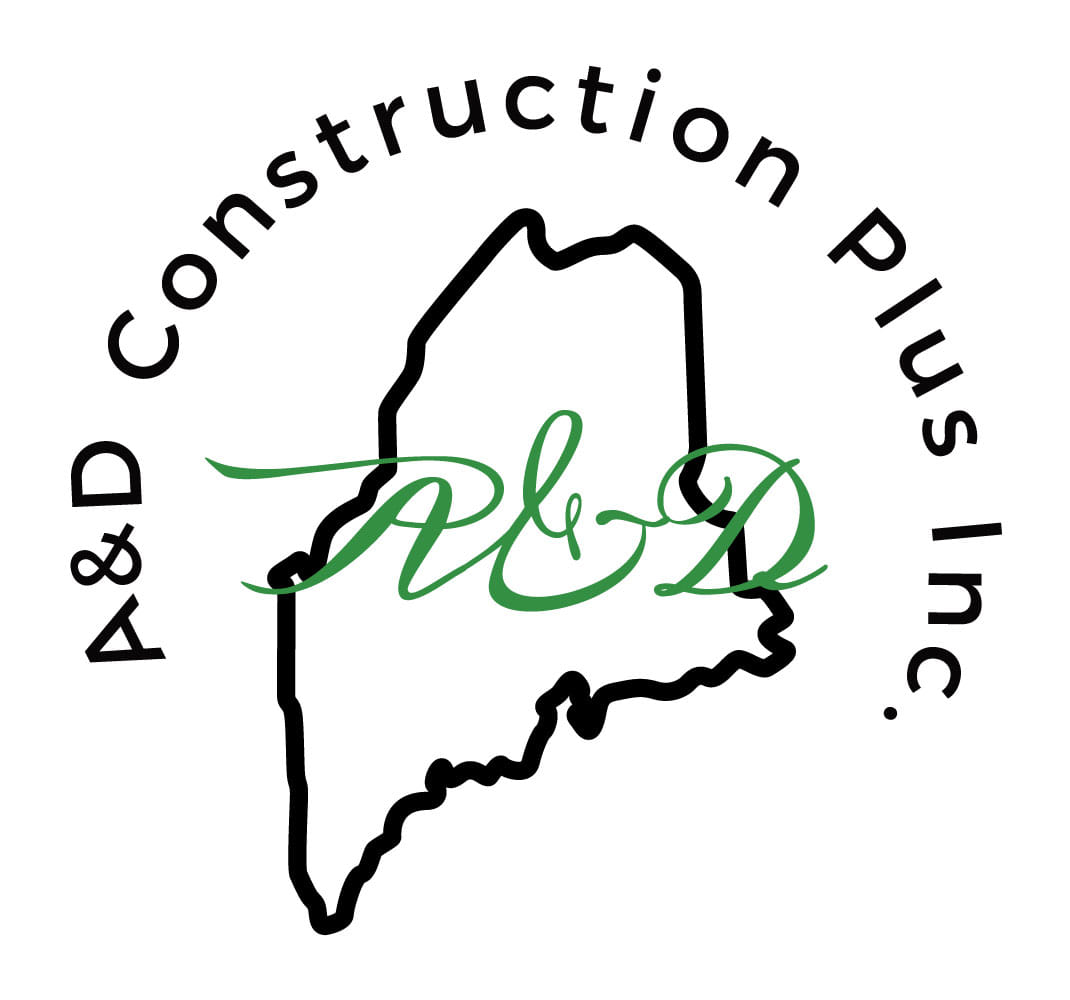 Bats bring out fear in many people, be it from their appearance or the worry that they carry rabies. While it is important to note that a very small percentage of bats carry rabies, it is important to make sure you are not living with them. These creatures can still carry many diseases that are harmful to human health, so they must be removed.

Continue reading this article to learn more about bat removal and why it needs to be done.

Bats bring out fear in many people, be it from their appearance or the worry that they carry rabies. While it is important to note that a very small percentage of bats carry rabies, it is important to make sure you are not living with them. These creatures can still carry many diseases that are harmful to human health, so they must be removed. Continue reading this article to learn more about bat removal and why it needs to be done.

What problems do bats cause?

Bats are problem-causing creatures due to their disease-carrying capabilities, as well as the damage they can do to your property.

When it comes to bats, the most important concern is about zoonotic diseases. Essentially, zoonotic diseases are diseases that can be spread to humans by animals. There have been over 130 different viruses found in bats, and some of them are very deadly. Bats have the potential to be carrying Ebola, Coronavirus, Marburg, and several other highly lethal viruses. While it is unlikely bats will be carrying these in the U.S., they could still be carrying any other virus or disease.

A secondary concern about bats is the damage they cause to structures. If they get into your attic, which is the most common place for them, they will leave their droppings everywhere. These will build up and ruin your insulation and cause stains and nasty odors. These droppings also carry all kinds of diseases and the bacteria from them can be spread unwittingly by people, as it is impossible to see bacteria. As can be seen, it is important to get rid of these little creatures.

How can I prevent bats?

Bats can squeeze into the tiniest holes and gaps that are commonly found around most people’s homes. It is important to inspect your home thoroughly from top to bottom to search for any cracks, holes, or gaps that would allow a bat into your home or garage. Once you have found the problem areas, you can use a sealant to patch them up, or if required, bolt some aluminum sheeting over the gap. Another commonly used trick is to put a mesh barrier all along your home’s roof, as bats can easily squeeze under loose shingles and tiles.

One other common location that bats can be found is inside of chimneys. Many chimneys on homes do not have a sufficient chimney guard that keeps critters out, let alone small bats. There are many chimney guards on the market that allow the smoke and heat from a fire to dissipate, while still barring entrance to any bats and other critters. Prevention is much better than removal for these creatures that can squeeze into the tiniest of holes.

How do I remove bats?

Keep in mind that bats are a very beneficial species to humans. They kill mosquitoes and many other insects that would otherwise drive people crazy. 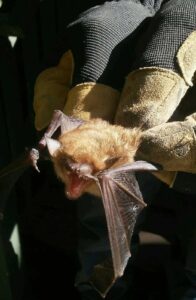 It is important that bats are removed carefully and humanely, so that they may be safely released into the wild so they can get rid of more harmful insects. It is not recommended for people to try to remove bats on their own, as there is a high probability of getting bitten or scratched by them. The best way to get bats out safely is to use a one-way door that lets them out, but not back in. It is recommended to have professional wildlife removal companies get rid of your bats using this method, as in some areas there can be legal restrictions on how people can handle certain bats.

Why hire a wildlife removal service?

There are many benefits of hiring experts to remove bats from your home. The first reason is for your safety and the humane treatment of the bats. Another big reason is that, for legal purposes, you will want a company that has permission to remove bats from your property, as many bats are endangered and have strict rules about their removal. These reasons alone are enough to make most people hire a professional wildlife removal company to do their work, but there is one other huge factor. 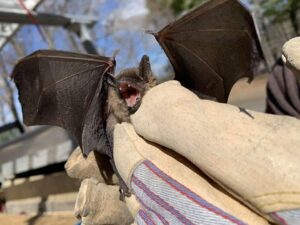 The most important thing that can be done once the bats have been removed is to find the areas where they got in, in the first place. If you live in Maine, consider giving A&D Construction Plus a call, as they have been providing this service for years, and have the expertise to help out everyone with their bat problems.

How to Get Bats Out of The Attic

It’s never a good feeling to have bats in your attic. Understandably, they just want a warm, cozy, and safe place to call home. But their presence comes with lots of baggage – from the insane mess that they leave behind (thanks to their droppings or guano) to the noise and ruckus that they cause.

But getting rid of bats is not as straightforward as it seems. Most notably, several bat species are protected by the federal Endangered Species Act of 1973 because they are an important part of the ecosystem. Hence, it is illegal to kill them.

That’s why it’s always best to employ professionals like A&D Construction Plus when dealing with a bat infestation. In this post, we examine the process of getting bats out of the attic. 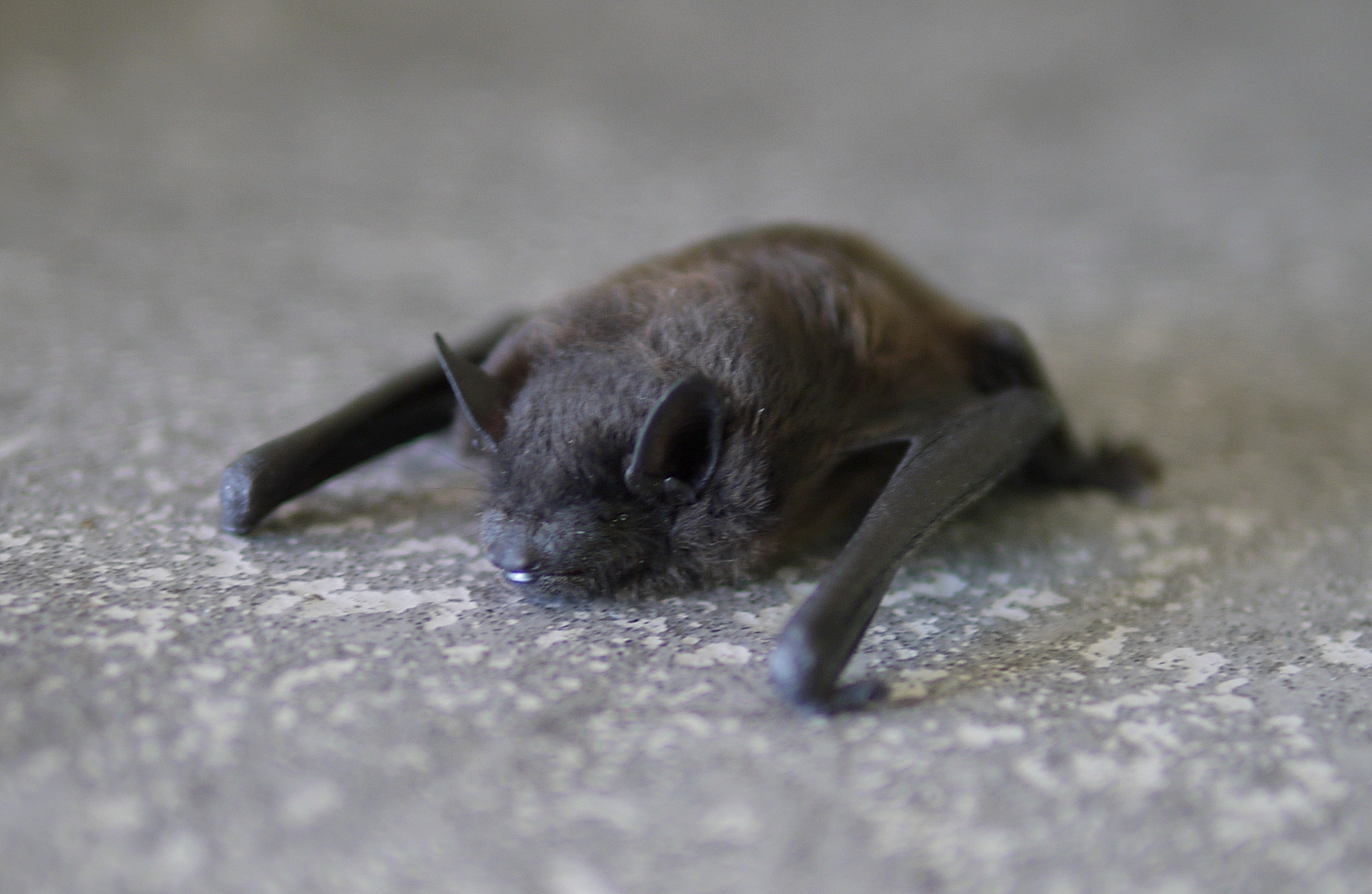 Step 1: Inspect your home and attic.

The removal process begins with a thorough inspection of your entire property. First off, this enables you to know exactly how they’re coming in. Check out areas around the roof, soffits, fascia, and air vents to look for potential entryways. Note that some bat species are so small that they can pass through an opening as small as 3/8 inch.

What’s more, this inspection also helps give you an idea of the size of the colony, how long they’ve been around, and the extent of damages they’ve caused.

After you’ve located all potential entry holes, then you have to seal them up. Fill cracks and holes with caulk or expanding foam. Repair torn screen and vents. But don’t forget to leave their main entrance open.

In this last hole, install a one-way door. As bats leave through this device, they are unable to get back in. Once they’ve all left, you can remove the device and seal the final hole.

Before you remove bats from your attic, you must know that timing is everything. You see, bats should not be excluded from June to August, as this is their maternity season. If you do, you risk separating mothers from their pups. And the pups may eventually die in your attic, giving you a bigger problem to deal with.

Also, hibernating bat species should not be removed or excluded when they’re hibernating in winter. Doing so is inhumane as they are most likely to die.

That being said, the best time to exclude is in early Spring. You can be almost certain there are no pups around. And more importantly, the weather is favorable for bats to look for a new home.

Even after excluding bats from your attic, it’s still a good idea to have them around. You see, bats are very effective for insect control, eating as much as 4,500 insects every night. With a bat box, you can provide bats with artificial roots that will encourage them to hang around.

Cleaning up bat guano should be done with caution because it contains a fungus that can result in histoplasmosis, which is a severe lung infection. Wear protective gear – especially hand gloves and a nose mask.

Once the attic is cleared, the entire area should be decontaminated with an enzyme-based cleaner to kill bacteria. You should also spray a deodorizer to neutralize the terrible odor that bats leave behind.

Depending on the extent of the damage, you might need to replace soiled insulation, install a chimney cap and perform several other repairs.

When in doubt, call a professional

If this process sounds like something you wouldn’t want to do yourself, or you’re dealing with a large bat colony, it’s best to get professionals involved. A&D Construction Plus will help you carry out the dirty work, and in no time, your peace of mind will be fully restored. 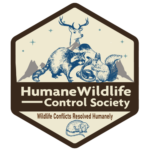 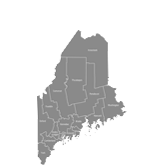